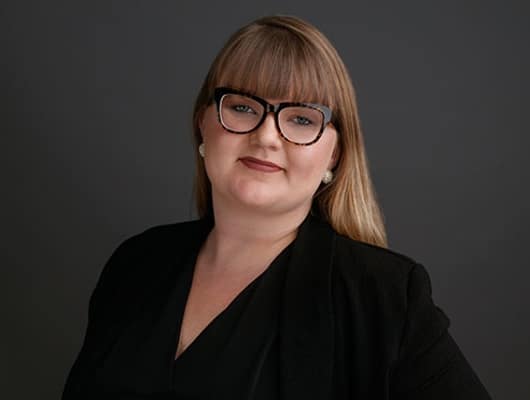 Amanda enjoys giving back to the community. While in law school, Amanda was the President of the Public Interest Law Foundation. Amanda also previously worked at the Family Law Justice Center as an advocate for victims of domestic violence.

Amanda is originally from the Los Angeles area. Amanda earned her Bachelor’s degree in Political Science from Cal Poly Pomona University and her Juris Doctorate degree from California Western School of Law.

In addition, Amanda has been recognized by Super Lawyers 3 years in a row, is a Rising Star recipient and Top Lawyer by Avvo for 2020.

"She was especially good at details and was always well prepared."
To whom it may concern, I first met Amanda five years ago when she was assigned to my case. She was working as an attorney in a(...)

"She is very patient and put my interest on top of anything else."
Sara, has helped me settle two credit card accounts for a lot less than what the collection agency's attorney was asking in cou(...)

I would highly recommend getting in touch with Amanda Hill if you need a quality attorney to represent you. She will definitely fight for you and leave no stone unturned in her thoroughness.